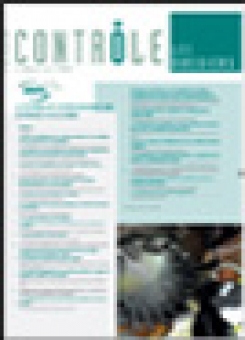 While these three ten-yearly outages of the 900 Mwe reactors are starting, EDF has already announced its desire to operate its nuclear power plants for well beyond 40 years. It is in light of this that the present edition is dedicated to the continuation of nuclear power plant operations. It is, among other things, an opportunity to put forward ASN’s position on the continuation of nuclear power plant operations in comparison with the position of our US, Spanish and Swiss counterparts. In addition, four reactors in the USA are embarking upon their 41st year of operation. The US Nuclear regulatory commission (NRC) has already authorised the extension of operations for some fifty reactors up to sixty years, in addition to the 100 or so initially authorised for 40 years. Furthermore, the US operators and the US NRC have already discussed the research to be undertaken with a view to extend operations beyond 60 years.

In France, authorisation to operate a nuclear facility does not specify a time limit. In exchange, the safety reviews imposed on operators every ten years enables ASN to make sure that aging does not undermine safety levels at installations, to ensure that the facility can benefit from technical advances and to assess the possibility of continuing the operation of the plants until the next safety review. In any event, ASN can at any time advise the government to suspend plant operations for safety reasons and can even impose this if there is imminent danger.

Set against a background of limited global production capacity of radioisotopes, the incidents which occurred at medical radioisotope production facilities in Chalk River (Canada) in 2007 or in Petten (the Netherlands) and in Fleurus (Belgium) in 2008 have highlighted situations where safety imperatives conflict with obligations to supply radioelements for medical use. From ASN’s viewpoint, one of the indirect lessons to be learnt from these occurrences and which is relevant to the question of continuing nuclear power plant operations is the need to prepare, by whatever means used, replacement methods of electricity production in order to avoid a situation where safety obligations and the supply of energy could potentially come into conflict. ASN has therefore made the pages of this edition available to the various stakeholders in defining and implementing France’s energy policy, so that they might share their vision of the energy and industrial situation beyond 2020.