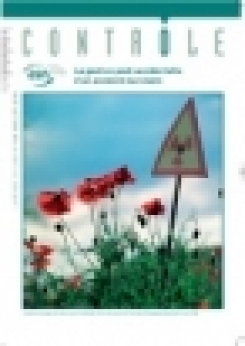 Since 2005, ASN has devoted a determined and substantial effort to the preparation of post-accident situation management following a nuclear or radiological accident with dispersal of radioactive substances over part of French territory. In practice this action is a natural extension of the regular measures ­taken by the public authorities to ensure the protection of the population during the emergency phase. It forms part of a defence-in-depth approach, the primary objective of which is and remains the improvement of accident prevention.

To fulfill the task conferred upon it by the instructions of the Prime Minister in June 2005, ASN has set up a steering committee (CODIRPA) for the management of the post-accident phase of a nuclear or ­radiological accident. Chaired since its creation by ASN chairman André-Claude Lacoste, this committee is tasked with preparing a national post-accident management doctrine, a doctrine which is still lacking in France but also in most countries using nuclear energy. The first results of its work are already available at www.asn.fr. It is a complex subject, as evidenced by the many working groups esta­blished by CODIRPA (10) and the content of the interim reports published by ASN.

It is a subject for long-term work because of the large number of potential events to take into account, such as an accident at a nuclear power plant in France or abroad, an accident during the transport of ­radio­active materials or dispersal of radioactive ­substances by accident or as a consequence of a malicious act.

It is a subject on which consultation is more than necessary: the first points of doctrine will soon be discussed with elected representatives, economic circles and civic leaders at national and local levels. It is a subject with an interministerial character which must be shared between ASN, the General secretariat for national defence and the ­government departments responsible for health, the environment, the interior, agriculture, finances and industry, with substantial involvement of the prefects, elected representatives and deconcentrated ­depar­tments. It is a subject which needs planning and, in consequence, specific resources, for example to develop the expertise necessary for risk assessment, to set up health monitoring systems or to study the consequences of marketing foodstuffs contaminated at low levels or the procedures for storage and disposal of waste. Ultimately it is a subject which must establish and then sustain a ­culture common to all the protagonists and to all levels, a new culture which ASN is working to develop and share at European and international ­levels. To avoid the subject being the preserve of a few insiders, ASN will make sure that this priority action grants a substantial place to training the ­protagonists and informing the population.

Better organisation for dealing with an emergency situation

Despite technical and organisational existing arrangements to prevent human and equipment failures, the possibility of a severe nuclear accident that could result in transboundary radioactive release can never be ruled out. Furthermore, radiological emergencies of various types continue to occur in the world. Public authorities have a major responsibility in the protection of the population in case of accident. This article aims to specify the new french organization to respond to such emergency situations. This organization is based on a national emergency organization, emergency plans, trained staff which participates in periodic exercices, standards counter-mesasures to assure protection of the population. ASN as adviser of the government and the emergency operation director comments this organization.