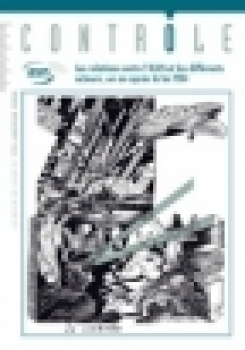 In France, 2006 was full of major events in the fields of nuclear safety and radiation protection control. The 13 June 2006 TSNlaw2006-686 on transparency and nuclear security gave ASN the status of Independent Administrative Authority and considerably updated the regulations on basic nuclear installations. The 28 June law on sustainable management of radioactive materials and waste established its general management framework.

Since 13 November 2006, when ASN commission was appointed, France has seen a new nuclear context implemented with determination and pragmatism.

ASNbelieves that “autonomy does notmean isolation”. Since 2006, ASN has strived to implement new relations with Parliament and the government, with IRSN for its technical support, with health agencies and authorities, and, of course, with civil society. Contrôle has given them the floor.

Of the other players with whom ASN has developed institutional relations, Contrôle has given the floor to those who are controlled. Major nuclear licensees as well as other professionals who use ionising radiation have expressed their opinions and expectations concerning ASN and the changes brought about by TSN law. They were free to express themselves!

Transparency. The very essence of the changes Parliament was aiming for when they voted on TSN law. Contrôle reviewed ASN's actions related to transparency and public information. I also wanted to present the first practical applications of the new transparency obligations required of nuclear licensees under TSN law.

On behalf of ASN, I would like to thank all participants for their contribution to the success of this issue of Contrôle. Everyone was free to express themselves as they wanted, so that all readers could formtheir own opinions on the changes brought on by TSNlaw, in particular the changes affecting ASN operation.