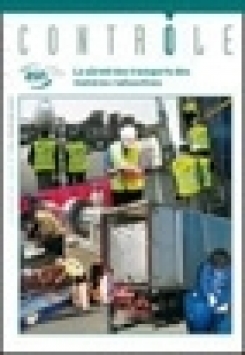 Radioactive discharges have decreased considerably in recent years. Nevertheless, because their effects, small though they are, extend beyond the boundaries of nuclear installation sites, they deserve special attention in terms of control, monitoring, surveillance and information.

In this context it is important for ASN, in an attempt to make continuous progress on safety, to pursue the already-significant reduction of the impact of these discharges on the environment, undertaken over many years, and to make the system for monitoring them clearer and more intelligible for citizens and stakeholders (associations, elected representatives, etc.).

Through the TSN act (act on transparency and safety in the nuclear field) which established ASN, Parliament redefined the framework which will enable further progress to be made in the control of discharges from basic nuclear installations (BNIs) and in information and transparency for the public. It also conferred upon ASN the task of organising continuous radiation protection surveillance throughout France.

The action of ASN is focused resolutely on the producer of radioactive ­effluents. Responsible for the operation of its installation, it is up to the producer to control and limit the resulting discharges and report on their impact on the population and the environment. ASN hopes that the producer, going beyond the necessary strict compliance with the regulatory limits, sets annual discharge targets.

ASN considers in particular that the principles of using the best available techniques and of optimisation; together with periodic review of their ­implementation, are paths that must be explored in order to obtain further discharge reductions. They also contribute to limiting the impact of thermal and chemical discharges from BNIs. This approach must also be ­applied from the design stage of new installations and act as a basis for application to all uses of ionising radiation, in the areas of medicine, ­industry and research.

ASN is also ensuring that particular attention is paid to the receiving ­environments, in particular river basins (Val-de-Loire for example), including the cumulative aspect of discharges from several installations ­simultaneously.

The other major concern of ASN in the area of radioactive discharges is to make the monitoring system better known, clearer and thus worthy of confidence, in order to provide information of better quality, more intelligible and closer to the expectations of citizens and stakeholders. The experience acquired by the CLIs (local information committees) and the information obtained through the work of the Nord Cotentin radioecology group or from foreign practices must all be taken into account in terms of feedback from experience in order to attain this objective.

Applying recent legislative and regulatory changes, the action of ASN forms part of a continuous progress approach aimed at further reducing the health and environmental impact of nuclear installations and activities and at providing information on radioactive discharges in France and their monitoring which corresponds as closely as possible the concerns of the citizens.