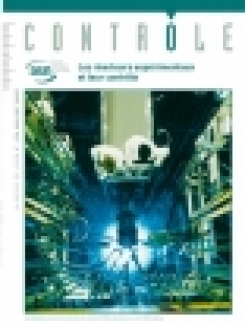 Experimental reactors are unique installations in as much as they are reactors in which a fission chain reaction occurs and which has to be controlled along with all its attendant risks, but they are also installations designed for research work, which must not be hampered by excessively rigid safety constraints. I therefore wanted to devote this issue of Contrôle to the following problem: how to reconcile research and safety?

For a number of years, ASN has been striving to optimise regulation of these experimental reactors. This regulation must lead to an optimum level of safety, but it must also concentrate on the most important safety issues and enable the licensee to exercise its responsibilities in full. The internal authorisations system, which has been in operation for several years with a number of experimental reactors, is designed to achieve this two-fold objective. This system was first of all created for research installations, in order to meet their own particular requirements, with the aim of subsequently extending it to a number of other nuclear installations.

Breaking new ground is naturally the primary role of experimental reactors. Since the Zoé pile first went critical in 1948, they paved the way for the development of the French nuclear power industry and were present at all steps along the route. One must also bear in mind their essential contribution to improving safety through the experiments conducted in reactors such as PHEBUS or CABRI, which were used for example to gain a clearer understanding of what actually happened during a number of serious accidents in electricity generating reactors.

It is because of this trailblazing role that ASN wants to see experimental reactors setting an example in the field of safety. It is all the more vigilant, as the experimental reactors currently in service in France are old installations, often dating back to the 1960s. Inspections, incident analysis, safety reviews, and assessment of the extent to which human and organisational factors are taken into account are among the wide range of tools rigorously implemented by ASN for its regulatory work.

However, there are other issues on the horizon, at a time when new experimental reactors are to enter service. In the coming months, ASN will issue an opinion concerning the application for authorisation to create the Jules Horowitz reactor in Cadarache. The ITER fusion reactor, an installation with a high international profile, is also to be built in Cadarache. The challenge for ASN will be its ability to regulate this installation as exhaustively as the other BNIs, taking into account the international status of its licensee.