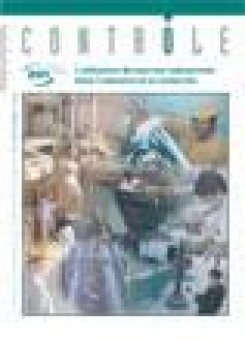 Since it was discovered in 1896, radioactivity has been used in a large number of industrial and research applications in various places.

This large diversity necessitates clear, comprehensive and applicable regulations and the definition of monitoring priorities matching the risks arising from the use of radioactive sources. A decree amending the public health code is due to be published in the near future to supplement the regulatory framework of the use of radioactive sources, in particular by completing the transposing of Euratom directive 2003/1221 and by taking into consideration feedback from experience acquired since 2002.

In 2004 the ASN established two new regional entities, to provide better coverage of the whole of France. With the appointment of some sixty radiation protection inspectors in September 2006, we are going to continue our monitoring work in the various installations and on sites in order to spread the culture of radiation protection among users and improve the application of the regulations.

In particular I want continued monitoring of source manufacturers and suppliers, who have a major responsibility throughout the lifetime of radioactive sources, from production to disposal, and also of users of gammagraphs, because of the higher risks associated with this application.

Several serious radiation protection incidents have occurred in other countries, including with sources used in gamma radiography, and have revealed inadequacies in the application of procedures for the use of radioactive sources. That is why on two occasions I decided to issue reminders to French companies in the sector, demanding that they comply with the regulatory provisions in force.

The use of ionising radiation in industry and research also raises the issues of movements of sources, theft and loss of sources and their end of life disposal. The ASN therefore attaches great importance to the existence of the source traceability system2, from manufacture through use to disposal.

I consider that progress is still necessary in order to improve radiation protection in industry and research. Such progress is the responsibility of heads of establishment, for the resources to be implemented, and the authorisation holders, for the use of radioactive sources. I will therefore make sure that the bodies concerned draw up guides to good practice in the use of sources and apparatus emitting ionising radiation. These guides should significantly improve the culture of radiation protection in the establishments concerned.

As good radiation protection remains the responsibility of the source holders, the ASN is developing closer links with all the players and bodies in research and industry. In particular, the ASN is going to reinforce the verification of the justification for the use of radioactivity, including by investigating whether there are any replacement solutions.

As a general matter, I expect the ASN to be very vigilant in the control of the use of radioactive sources in industry and research given the risks of severe accidents which could potentially occur.

1. Council Directive 2003/122/Euratom of 22 December 2003 on the control of high-activity sealed radioactive sources and orphan sources.