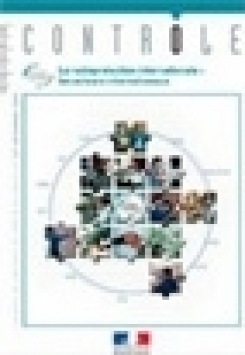 
In celebrating its 77th anniversary, radiation protection has come of age. It was in 1928 that the International Society of Radiology created a group entitled “International X Ray and Radium Protection Committee” to respond to the dramatic increase of leukaemia in radiologists; these doctors working in radiology without adequate precautions, in a technical area which had shown great potential and which had benefited enormously the soldiers of the first world war. In 1950 this committee transformed itself into the International Radiation Protection Committee (ICRP) and enlarged its area of competence to include all aspects of protection against ionizing radiation.


After so many years, where has radiation protection got to?

Several observations permit us to elaborate on this question. About ten international organisations are involved in radiation protection; these organisations being independent of each other, but at what level do they consult with each other, if they consult at all. The United States of America continues to apply recommendation 26 of the ICRP published in 1977 whereas other countries, such as the European Union, apply recommendation 60 of the ICRP which dates from 1990; the non reduction of the regulatory annual dose limit from 50 mSv to 20 mSv, is it due to in inadapted evaluation of the ICRP?

The regulatory arrangements for the use of iodine 131 with the aim of treating certain thyroid illnesses vary considerably from one country to the other, going for example from hospitalisation in Germany from the first Becquerel of activity injected to the situation in France, hospitalisation when the injected activity passes 740 MBq; what are the reasons for such a difference? The protection using stable iodine in the case of a nuclear accident has not achieved consensus on all aspects; for example, does it have to be used for people more than 40 years old?

A greater harmonisation of radiation protection rules is, from the evidence, desirable; otherwise its credibility will suffer.

That is why I have wished that what should be produced is a balanced contribution of the different organisations which contribute to radiation protection in the world. This edition of the revue Contrôle brings together their points of view and has to examine three complementary levels of harmonisation: the shared concepts including those still under discussion, the recommendations and regulatory texts which result from them and which are imposed on all, and lastly the putting in operation of practical measures in the workplace. It is when analysing rigorously and objectively these different components that we can hope to progress towards an essential harmonisation of radiation protection at the international level.