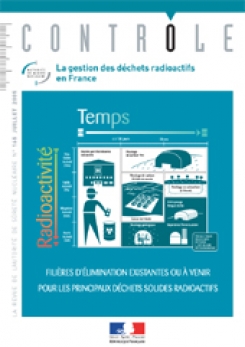 Those involved in research will report on fourteen years' work in their respective fields: ANDRA on its research on deep geological formation repositories and the CEA on its research into partitioning and transmutation, and packaging and long term storage, will submit their preliminary reports in June 2005.

The Parliamentary Office for Scientific and Technology Choices Assessment (OPECST) organised a series of hearings at the beginning of 2005, to take stock on research into the management of high-level long-lived waste. Foreign experts made a major contribution by confirming the relevance of the lines explored by France. The OPECST report “To look after the long term, an act in 2006 on the sustainable management of radioactive waste” took clear and bold positions on a number of key subjects.

The National Assessment Commission (CNE) will submit a summary report on the state of research on the management solutions for high-level long-lived waste in early 2006.

It is important in such a process that the point of view of safety and radiation protection must be taken into account as much as possible in the research. Consequently, I made a judgement on ANDRAs application for an authorisation to install and operate underground research laboratories, and then to process the applications for the sinking of shafts and tunnels at the site at Bure.

The Nuclear Safety Authority (ASN) reviewed the document submitted in 2001 by ANDRA, presenting a demonstration of the safety methodology for a project for a disposal in a clay geological formation based on preliminary design proposals for a repository. I have asked ANDRA at the end of the evaluation process, which required several evaluations by the Advisory Committee of Experts on Waste, for some improvements in view of the submission in 2005 of the feasibility document for the disposal of high-level long-lived waste in clay formation.

ASN also examined, from the point of view of safety and radiation protection, an options document on various types of long-term storage facilities submitted by the CEA in 2003.

At the beginning of 2006 I shall be called on to submit an opinion report on the safety of various solutions for the management of high-level long-lived waste to the French Government. Parliament could give its agreement in principle, as foreseen by OPECST, to a geological disposal type solution. Naturally, ASN will have an important role to play to determine if the disposal project contains the safety guarantees required before its construction.

The debate surrounding high-level long-lived waste must not draw a veil over the existence of the other types of radioactive waste whose levels are much lower but representing volumes which are much greater. It is the reason why ASN oversees the drafting of the National Plan for Radioactive Waste Management and Recoverable Materials (PNGDR-MV) initiated two years ago by the Ministry for Ecology and Sustainable Development following a request from OPECST.

A preliminary version of this PNGDR-MV will be available for consultation on the ASN web site from the beginning of July 2005. As announced by OPECST, the PNGDR-MV could be appended to the draft radioactive waste management bill to be presented to Parliament in 2006.

Lastly the debate organised by the National Commission for Public Debate, assigned by the Ministers responsible for industry and the environment, should permit the gathering of opinion from our citizens under the general theme of radioactive waste.