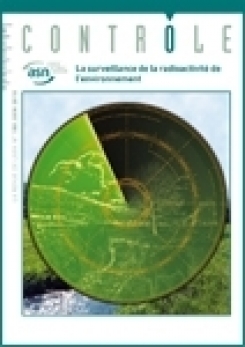 The growing attention of society to environmental issues increases interest in such monitoring and gives rise to questions regarding its implementation.

Accidental pollution of the Gaffière river with natural uranium around the nuclear sites of Pierrelatte and Tricastin in July 2008 focused the attention of the media, the government and the public on the way radioactivity around nuclear sites is monitored, including groundwater tables, and questions about the adequacy of the monitoring carried out have been raised.

In fact, the monitoring of radioactivity in the environment is a longstanding procedure, which is extended to include all aspects of the environment (air, water, soil, fauna and flora) and the entire country. It also involves a large number of different players, who contribute to the consistency and reliability of the entire process.

The need to implement procedures for monitoring radioactivity in the environment appeared as early as the 1950s with questions about the effects of fallout from nuclear testing. Monitoring then developed alongside the gradual expansion of French nuclear power plants and was reinforced in 1986 following the Chernobyl accident.

However, the monitoring strategy must be constantly examined to reflect the new demands of society, technological developments, the progress of standardization, the results of recent thinking and input from national and international work on environmental protection. The French Nuclear Safety Authority (ASN), whose mission is to organize continuous monitoring of radiation safety nationally, ensures that all applications, developments and ideas are integrated into the monitoring strategy in place throughout the country.

Number 188 of Contrôle aims to present the current system of monitoring radioactivity in the environment in all its diversity and to report on current issues.