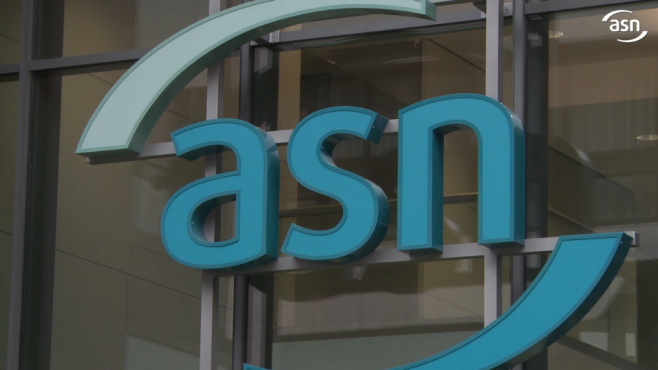 From 17th to 28th November 2014, ASN hosted an IAEA peer review mission. This Integrated Regulatory Review Service (IRRS) mission concerned all the activities monitored and regulated by ASN. It examined the strengths and weaknesses of the French nuclear safety and radiation protection oversight system with respect to IAEA safety standards.

This mission was headed by Mr Mark Satorius, Director General of the American safety regulator and by Mrs Ann McGarry, Director of Radiation Protection at the Irish Environmental Protection Agency. It was carried out by a team of twenty-nine experts from the nuclear safety and radiation protection regulatory authorities of Australia, Belgium, Canada, Cuba, Czech Republic, Finland, Germany, Hungary, India, Ireland, Japan, Korea, Morocco, Norway, Pakistan, Spain, Switzerland, United Kingdom and United States.
The mission in particular met the relevant Government departments. Mr Satorius and Mrs Mc Garry also had a meeting with Mr Le Déaut, Member of Parliament and President of the OPECST.

ASN had spent a year preparing for the mission, together with IRSN and the departments concerned at the Ministry for Ecology, Sustainable Development and Energy.
The conclusions of the mission were presented to ASN on 28th November 2014 and were the subject of a press release from IAEA.

The final IAEA report will be transmitted to France and made public on the ASN website.

ASN considers that the IRRS missions are of considerable benefit to the international safety and radiation protection system. ASN is thus strongly committed to hosting missions in France and participating in missions in other countries. ASN Commissioner Philippe Jamet and ASN Director General Jean-Christophe Niel, have thus carried out IRRS missions in Finland and Switzerland respectively.

In 2006, ASN hosted the first comprehensive IRRS review mission covering all the activities of a safety regulator and then a follow-up mission in 2009.

This audit is in line with the European nuclear safety directive, which prescribes hosting a peer review mission every 10 years.